The interested rental companies are still keen to begin the recruitment process and thank you for your interest in the Apprenticeship Standard.  The start date is now under review, with the hope to start apprenticeship placements between Autumn 2020 and Spring 2021. The team will reconvene when this crisis passes and will be in contact with everyone who has expressed an interest. Thank you for your understanding and stay safe.
‍

What is a Camera Prep Technician Apprenticeship?

The Camera Prep Technician Apprenticeship is an exciting new entry route into the screen industry specifically aimed at 16-19 year-old school leavers, and other adults who are looking for a change of career. Camera Prep Technicians are one of the first vital steps in the making of any film or television production. They are the people that help prepare and supply camera equipment that is complete, works effectively, is correctly maintained, and is appropriately configured and accessorised to be suitable for a given production or purpose.

Barry Bassett, Managing Director of VMI, instigated the project after he discovered that both VMI and many other camera rental companies had found it increasingly difficult to recruit and retain camera technicians. So, the idea was born to create an alternative entry route to the TV industry to attending university.

Recognising that there is an Industry skills shortage the Camera Prep Technician Apprenticeship was developed by VMI with the support of ScreenSkills, and a Trailblazer Group including VMI, S+O Media, Panavision, Movietech, ARRI Rental, Shoot Blue, CVP, Focus 24, Shift-4, Brownian Motion, The Kit Room, PixiPixel, 24-7 Drama, Promotion, Aimimage, and Take-2. All of these companies are committed to the project and looking to recruit apprentices.
‍ 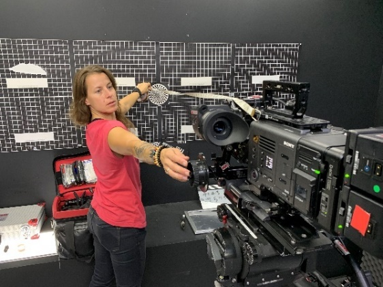 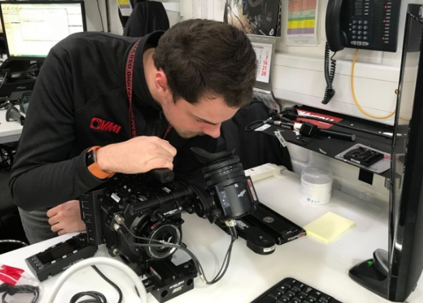 This is the first industry backed Level 3 route to a career as a Camera Prep Technician. The Camera Prep Technician Apprenticeship is a 2-year vocational paid programme, with 4 days a week spent learning on the job while working with an employer, and one day studying in college. At the end of the formal training period, successful Apprentices are guaranteed a full-time position with the company recruiting them.

Express your interest in a Camera Prep Technician Apprenticeship today!

Camera rental companies are inviting expressions of interest now, simply click on the button, fill in the short online form and NextGen will be in touch when full recruitment opens.